The Chinese Zodiac not only integrates ordinary creatures into Chinese life, but its natural habits are endowed with many cultural meanings, from animals to gods, and receive respect and worship. Only the combination of natural creatures and cultural gods can form a complete impression of zodiac animals. Let’s go to learn more about Sheep生肖羊(sheng xiao yang). 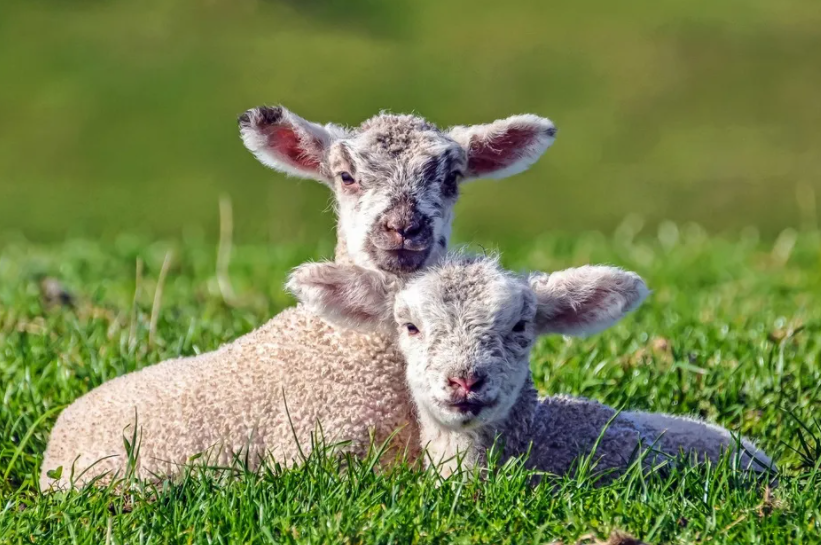 The ancients regarded sheep as "virtuous livestock", good at herd, benevolence, righteousness and propriety. Good at flocking, sheep like to flock. Good benevolence means that sheep are kind, horned but not aggressive. The righteousness of death means that the sheep are quiet when they are slaughtered and treat death as if they were home. Therefore, there is the story of King Xuan's "exchanging sheep for cattle". Zhili refers to the kindness of the sheep, and the kneeling milk of the lamb symbolizes filial piety.

"Shuowen Jiezi" said: "beauty is sweet, from sheep, from big", "sheep is great for beauty". Philologist Li Xiaoding interpreted "beauty" as "the shape of a suspected Elephant Man adorning the head of a sheep" in the collection of Oracle Bone characters. Either way, there is no doubt that sheep is a symbol of beauty.

I-Ching ▪ The Tai hexagram takes ten months as the compound hexagram, and one Yang is born under the sun; December is the temporary hexagram, two Yang is born in the next, the first month is the Tai hexagram, and three Yang is born in the next. When winter comes and spring comes, Yin disappears and Yang grows. At the beginning of the year, the "auspicious and peaceful" is used to symbolize good luck and peace. The folk name is changed to "Sanyang Kaitai", which depicts three big sheep with New Year pictures and paper-cut to pray for national peace and public security.

The unicorn sheep named "* Zhi" in ancient mythology is the assistant of Gao Tao, the God of justice. Wang Chong's "Lun Heng Shi Ying": "when gaotao governs prison, if he is suspected of his crime, the sheep will touch it. If he is guilty, he will touch it, and if he is innocent, he will not touch it." "Miscellaneous five elements script": "on the sheep's head door of the county (hanging), remove thieves". It is one of the six * tomb animals in Ming Xiaoling Mausoleum.