The Chinese Zodiac not only integrates ordinary creatures into Chinese life, but its natural habits are endowed with many cultural meanings, from animals to gods, and receive respect and worship. Only the combination of natural creatures and cultural gods can form a complete impression of zodiac animals. Let’s go to learn more about Snake生肖蛇(sheng xiao she).

Snakes are mostly images of witchcraft ghosts. The Ba snake in the book of mountains and seas "eats elephants and comes out of bones at the age of three", Chaisang flying snake. "Continued natural history" of the hook snake "in the wood is broken, the Chinese people are harmful"; In Gezhi Jingyuan, the human snake "stands upright and laughs easily when encountering people, and the smile turns to bite"; "Youyang Zazu" shows sun shuao beheading the double headed snake; Chen Ding of the Qing Dynasty calls the human snake in the snake manual, and the responder "although the snake is separated by tens of miles", Liang Shaoren's measuring human snake; and the straightforward snake in the supernatural Scripture 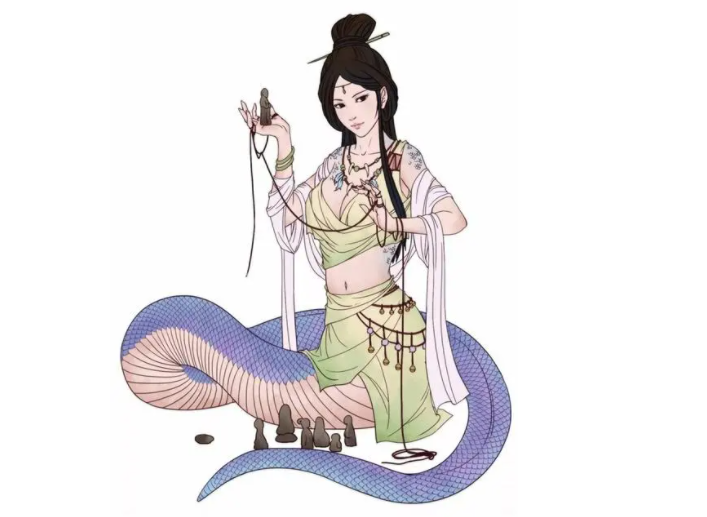 Nuwa and Fuxi in ancient Chinese mythology are both human headed snake bodies. The "Fu of Luling Guangdian" describes "Fu Xianlin body, Nuwa snake body". It is also recorded in the imperial century, the history of the road, the collection of relics and the historical records. Supplementing the three emperors and five emperors. The portrait stone of the tomb of the early Eastern Han Dynasty in the tent camp of the army in Nanyang, Henan Province, stands opposite to each other, with contempt holding the moment, Nuwa holding the rules, clothes on the upper body and snake tail exposed below. In the Tang Dynasty Tombs in Xinjiang, Fuxi and Nuwa are crossed. Below their waists are crossed snake bodies.