The Chinese zodiac, also known as the zodiac, is one of the 12 animals in China that match the twelve Branches of the earth with the year of birth, including rats, cattle, tigers, rabbits, dragons, snakes, horses, sheep, monkeys, chickens, dogs and pigs. 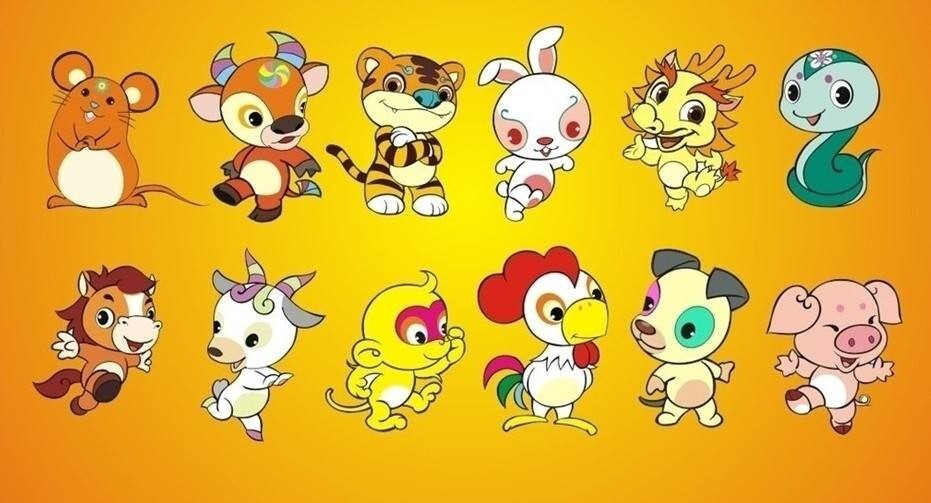 The origin of the zodiac is related to animal worship. According to the Qin Bamboo Slips Unearthed in Hubei Yunmeng sleeping tiger land and Gansu Tianshui Fangmatan, there was a relatively complete Zodiac system in the pre-Qin period. The earliest handed down document recording the same Zodiac as modern times is Lunheng written by Wang Chong of the Eastern Han Dynasty.

The zodiac is the figurative representation of the twelve local branches, namely Zi (mouse), Chou (ox), Yin (tiger), Mao (rabbit), Chen (Dragon), Si (snake), Wu (horse), Wei (sheep), Shen (monkey), you (chicken), Xu (dog) and Hai (pig). With the development of history, it has gradually been integrated into the folk belief concept of mutual birth and mutual restraint, which is reflected in marriage, life and annual luck, each zodiac has rich legends, which form a concept interpretation system and become the image philosophy in folk culture, such as Zodiac on marriage, temple fair prayer, benmingnian and so on. In modern times, more and more people regard the Chinese Zodiac as the mascot of the Spring Festival and become the symbol of entertainment and cultural activities.

As a long-standing folk cultural symbol, the Chinese Zodiac has left a large number of poems, Spring Festival couplets, paintings, calligraphy and painting and folk craft works depicting the image and symbolic significance of the Chinese zodiac. In addition to China, many countries around the world issue Zodiac stamps during the Spring Festival to express their wishes for the Chinese New Year.