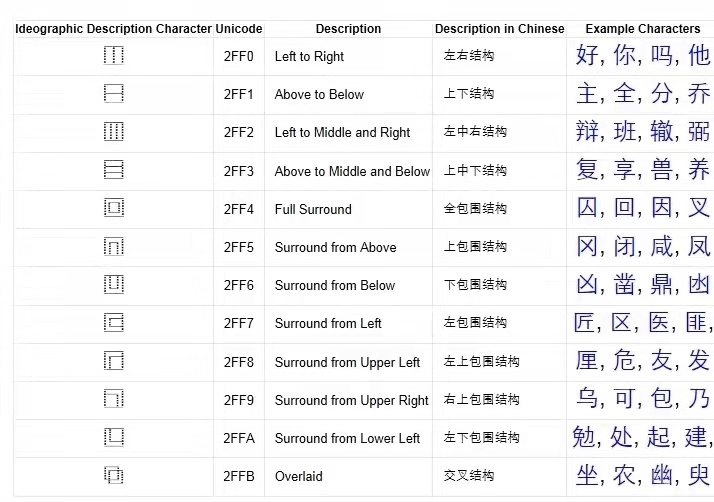 Chinese characters are made up of strokes. We have eight basic strokes in Chinese characters. They are:
The Diǎn点, is a dot, filled from the top, to the bottom, traditionally made by "couching" the brush on the page.
The Héng横, is horizontal, filled from left to right, the same way the Latin letters A, B, C, D are written.
The Shù竖, is vertical-falling. The brush begins by a dot on top, then falls downward.
The Gōu钩, ending another stroke, is a sharp change of direction either down (after a Heng) or left (after a Shù).
The Tí提, is a flick up and rightwards.
The Wān弯, follows a concave path on the left or on the right.
The Piě 撇, is a falling leftwards (with a slight curve).
The Nà 捺, is falling rightwards (with an emphasis at the end of the stroke).